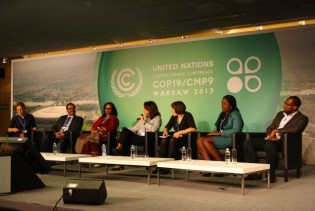 By Stephen Leahy
Greenland will eventually truly become green as most of its massive ice sheet is destined to melt, the authoritative U.N. Intergovernmental Panel on Climate Change (IPCC) reported Friday.
ADVERTISEMENT ADVERTISEMENT