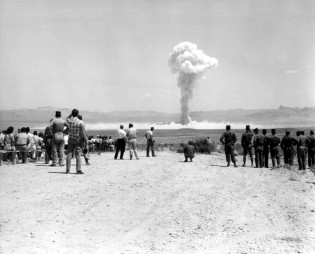 By Thalif Deen
As Ban Ki-moon readies to step down after completing his two term, 10-year tenure as UN Secretary-General on December 31, he regrets that one of his biggest single disappointments is the “lack of progress on eliminating nuclear weapons.”

By Ramesh Jaura
A three-day landmark U.N. Conference on Disarmament Issues has ended here – one day ahead of the International Day Against Nuclear Tests – stressing the need for ushering in a world free of nuclear weapons, but without a consensus on how to move towards that goal.
ADVERTISEMENT ADVERTISEMENT