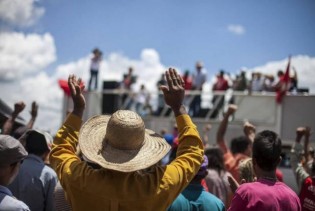 By Fabiana Frayssinet
A transnational pesticides manufacturer is sponsoring the Vila Isabel samba school, which won the main contest in Rio de Janeiro's carnival this year, raising questions about financing mechanisms for "the greatest show on earth", as carnival is described in Brazil.
ADVERTISEMENT ADVERTISEMENT