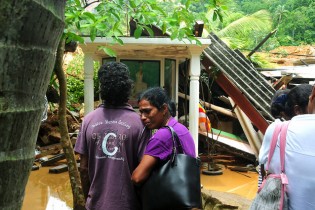 By Thelma Mejía
In slums lining several hillsides in the Honduran capital, mitigation works are under way to protect the neighbourhoods from flooding and landslides, which completely obliterated several areas when Hurricane Mitch hit the country fifteen years ago.
ADVERTISEMENT ADVERTISEMENT