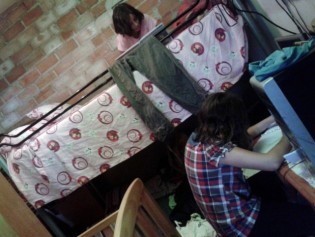 By Inés Benítez
A pyramid is being built in the old San Rafael cemetery in the southern Spanish city of Málaga - a monument to thousands of people shot by firing squads here during the 1936-1939 Spanish Civil War and the 1939-1975 dictatorship of General Francisco Franco.
ADVERTISEMENT ADVERTISEMENT