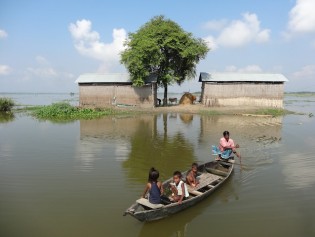 By Malini Shankar
Of the eight Millennium Development Goals (MDGs) -development targets agreed upon by the international community, whose 2015 deadline is approaching fast - MDG 7 has proven a particular challenge, especially for sprawling, populous countries like India.
ADVERTISEMENT ADVERTISEMENT