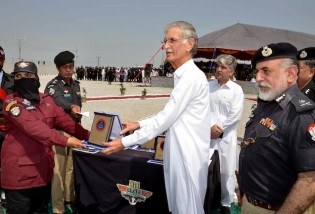 By Ashfaq Yusufzai
Whether to make war or peace with the Taliban has become a dilemma for the Pakistani government.

By Ashfaq Yusufzai
Fifty-nine-year-old Sherdil Shah, a resident of South Waziristan – a hotbed of militancy in northern Pakistan’s Federally Administered Tribal Areas (FATA) – used to run a modest grain shop that fetched enough money to keep his family of 10 well-fed and looked after.

By Ashfaq Yusufzai
More than a million people displaced from the Federally Administered Tribal Areas by growing militancy and military operations are facing severe hardship after losing businesses and work.
ADVERTISEMENT ADVERTISEMENT