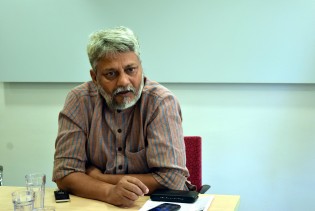 By Neeta Lal
Despite being one of the world's fastest expanding economies, projected to clock seven-percent GDP growth in 2017, India – a nation of 1.2 billion – is trailing behind on many vital social development indices while also hosting one-fourth of the world's poor.
ADVERTISEMENT ADVERTISEMENT