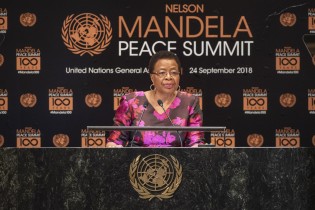 By Qaanitah Hunter and Estelle Ellis
As the world mourns the passing of South Africa’s first democratically elected president, Nelson Mandela, his close friend and political stalwart Tokyo Sexwale says much needs to be done to honour his legacy.
ADVERTISEMENT ADVERTISEMENT