Tamira Gunzburg is Brussels Director of ONE Campaign

BRUSSELS, Jul 18 2015 (IPS) - Today Jul. 18 is Mandela Day, the annual international day in honour of the late Nelson Mandela, the first democratically-elected President of the Republic of South Africa.

The day was instated by the United Nations after Nelson Mandela made a call for the next generation to take on the burden of leadership in addressing the world’s social injustices. Mandela said, “It is in your hands now”. 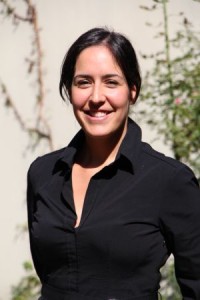 Today, then, is a moment to reflect on whether we are indeed rising to that occasion. One of the scourges of humanity today, in Mandela’s own words, is poverty. And 2015 is a year rife with opportunities to make historic strides in the fight against extreme poverty. Halfway through the year, what have our leaders made of this potential?

Many of them will have just arrived home from an international summit held in Addis Ababa, Ethiopia, this week. The summit was meant to land an international agreement on how to finance development going forward. Against difficult odds, world leaders indeed signed up to an agreement that could start to reshape how developing countries are supported in their progress towards growth and prosperity.

But over the months of negotiation preceding the summit, some key areas were watered down. For example, one measure to curb illicit financial flows, involving the public disclosure of multinational companies’ tax reports, was weakened.

A proposed commitment to prioritise the poorest countries by directing half of development assistance there suffered the same fate.

The result is a final agreement that, as it stands, is not ambitious enough to be able to successfully end extreme poverty.

“Like slavery and apartheid, poverty is not natural. It is man-made and it can be overcome and eradicated by the actions of human beings” – Nelson Mandela, Trafalgar Square, 3 February 2005

Mandela Day is perfectly timed because his legacy reminds us that now is not the time to give up. Indeed, in just two months’ time, another historic opportunity will be within reach.

At the U.N. General Assembly in New York, world leaders will come together once again, this time to adopt a new set of Global Goals that will shape the future of our planet and its people.

The previous set of anti-poverty goals, the Millennium Development Goals, set in 2000 and due to expire this year, indeed played a critical role in drastically bringing down global average levels of hunger, child mortality, and extreme poverty.

But this time around, the Global Goals are all about finishing the job. In order to reach the very last person at the end of the very last mile, leaders will have to put the most vulnerable at the centre of their efforts from the get-go.

When this new blueprint is unveiled in September, we expect leaders to underpin the goals and objectives with the means and actions needed to actually achieve them by the 2030 deadline.

It would be the perfect opportunity for big donors like the European Union to prioritise the poorest countries by announcing they will direct half of their development aid to the least developed countries.

There are plenty more ways in which individual countries can step up and guarantee that the Global Goals are launched with the best chances of succeeding. I, for one, am optimistic about the prospects of that happening.

Part of that optimism I derive from my South African heritage. My mother, who grew up in South Africa under the cloud of apartheid, always tells me that she grew up convinced the world as she knew it would never change. And then one day it did.

We have Nelson Mandela to thank for that. But also many others who believed that a better world was possible, and who worked tirelessly to change the status quo.

In the year 2015, our generation faces formidable challenges of its own, but looking back at incredible transformations like South Africa’s shows that anything is possible.

In the last twenty years, we already halved the proportion of the world’s population living in extreme poverty, and virtually eliminating it by 2030 is entirely possible if our leaders get it right.

There is no better day than today to contemplate the role each and every one of us can play in making sure we do not fail on that count.