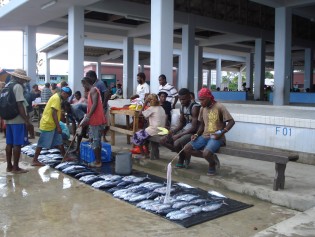 By Catherine Wilson
The political future of New Caledonia, a French South Pacific Island territory of 273,000 people, is a profound question mark as a referendum on independence rapidly approaches next year. Equally, how the newly elected French Government, led by Emmanuel Macron, will perform as arbiter of the challenging process in the months ahead is a relative unknown.

By Catherine Wilson
Since the French overseas territory of New Caledonia in the South Pacific was reinstated on the United Nations Decolonisation List in 1986, the indigenous Kanak people have struggled not only against socio-economic disadvantages, but also for the right to determine their political future after more than a century of colonialism.
ADVERTISEMENT ADVERTISEMENT