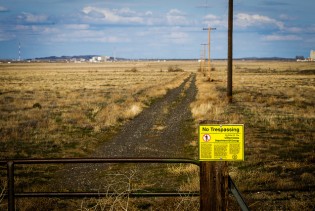 By Matthew Charles Cardinale
The U.S. Nuclear Regulatory Commission, which oversees commercial nuclear power enterprises, has halted the issuance of all new nuclear reactor licensing decisions after a court ruling citing the failure of industry and government to identify an acceptable solution for the long-term storage of nuclear waste.
ADVERTISEMENT ADVERTISEMENT