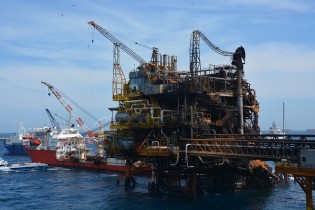 By Emilio Godoy
Mexico’s hydrocarbons law stipulates that oil contracts must include a social impact assessment. But this has not been done in the case of the oilfields granted to the country’s former oil monopoly, Pemex, or to private companies since the industry was opened up to private investment.

By Emilio Godoy
Oil, the symbol of modern Mexico, is once again stirring up local political waters, with turbulent debates on the fate of the state-owned oil monopoly and conflicts over the privatisation of key economic and strategic areas.
ADVERTISEMENT ADVERTISEMENT