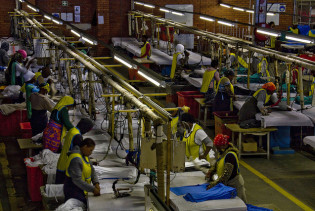 By Miriam Gathigah
“My husband and older son, unable to cope with the war, became mentally ill. Two of my sons became child soldiers and an eight-year-old daughter was abducted – they were never to be seen again,” Mariamu Dong says, referring to the 21-year civil war between north and south Sudan, which are now separate countries.
ADVERTISEMENT ADVERTISEMENT