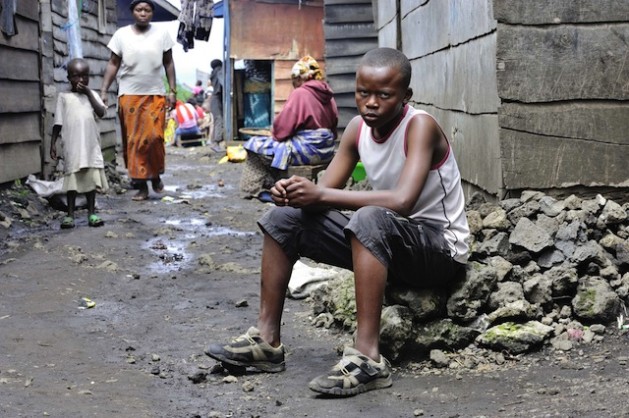 Years of war forced Passion, 13, to live on the street in Goma, eastern DRC. Experts on conflict say that the implementation of non-violent approaches to conflict needs to become a priority in Africa. Credit: Einberger/argum/EED/IPS

NAIROBI , May 25 2013 (IPS) - “My husband and older son, unable to cope with the war, became mentally ill. Two of my sons became child soldiers and an eight-year-old daughter was abducted – they were never to be seen again,” Mariamu Dong says, referring to the 21-year civil war between north and south Sudan, which are now separate countries.

Her seven children grew up during those years of bloodshed, but only one made it through.

“I move around like one whose limbs have been cut off, having lost my husband and children to the war. Only my last child was able to survive and now lives in Kenya. All this time, the world watched from a distance,” she says.

The south became an independent nation on Jul. 9, 2011 and Dong lives in what is now South Sudan, in Torit, Eastern Equatoria state. But every day she is reminded of the war that the world and the Organization of African Unity (OAU), which is now the African Union (AU), left to continue unabated.

“People ask me about what I want for my future and I give them silence." -- Nisa Luambo, DRC rape survivor.

It was the regional body, the Intergovernmental Authority on Development (IGAD), that finally brokered the 2005 Comprehensive Peace Agreement between the Sudan People’s Liberation Movement and the government of Sudan. It eventually led to the end of the civil war and paved the way for South Sudan’s independence. The IGAD currently consists of Djibouti, Eritrea, Ethiopia, Kenya, Somalia, South Sudan, Sudan, and Uganda.

But experts on conflict say that as the continent celebrates Africa Day on May 25, along with the 50th anniversary since the formation of the OAU, which became the AU in 2001, the implementation of non-violent approaches to conflict needs to become a priority.

“The AU, and the OAU before that, slept through a substantive part of the conflict in Africa. The millions of lives lost across the continent are testament to the fact that the OAU/AU has failed Africans,” Lionel Ibaka, a Congolese expert on peace and security, tells IPS.

Ibaka says one such example is the Democratic Republic of Congo (DRC) conflict that the United Nations estimates claimed about five million lives since it began in 1998.

In March, the U.N. Security Council passed a resolution that called for the deployment of an intervention brigade in the central African nation to neutralise rebel forces in eastern DRC.

But the intervention may have come a little too late.

“The bloodshed and terror in DRC has been hailed as the deadliest and most destructive since World War II,” Ibaka says.

According to a 2010 report by the U.N. Refugee Agency titled: “DRC: Mapping human rights violations 1993-2003”, violence in the DRC has been “accompanied by the apparent systematic use of rape and sexual assault allegedly by all combatant forces.” 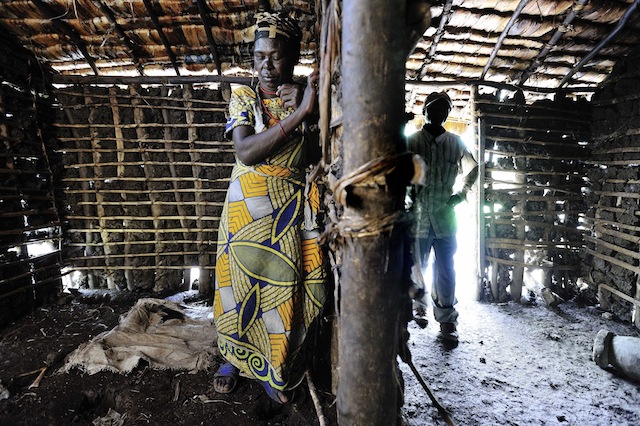 The report also states that 30,000 children were used as child soldiers and experienced “indescribable violence”.

Nisa Luambo, 27, from South Kivu province, eastern DRC, lived through this. And while she is alive, the violence she endured has killed a part of her. She was only 12 years old when the war broke out in 1998 and she became separated from her family.

“I have been sexually abused by both soldiers and civilians. I have had four miscarriages during this time, (and I had) no medical attention and little food,” she tells IPS.

“People ask me about what I want for my future and I give them silence.

“Where were they when we got raped and beaten to near death – if we were lucky – because many people died,” she says adding, that the country is still unstable and that there is no end in sight to the conflict.

“I feel no joy when I think about tomorrow. I know that there is no tomorrow for people living in conflict.”

Vincent Kimosop, chief executive officer of the International Institute for Legislative Affairs, an NGO that offers technical support to government departments, members of parliament and other stakeholders in the legislative process, says that poor governance is at the heart of conflict in Africa.

“The AU needs to do more when it comes to supporting the development of governance institutions on the continent since state institutions provide the bedrock for a country to function,” he tells IPS.

Javas Bigambo, an expert on governance, human rights and development in Africa, concurs.

“The AU must refuse to be blind to atrocities and ills committed by African presidents. Regrettably, the AU has rarely ever found any fault with an African leader, or even come up with remedies to Africa’s governance and economic challenges.”

Bigambo says that the continent’s history of violent conflict “points to Africa’s tattered social and political fabric…Africa is perpetually in turmoil.”

Bigambo says the Rwandan genocide, a mass slaughter that claimed an estimated 800,000 lives according to the U.N., and Kenya’s 2007 to 2008 post-election violence in which 1,000 people were killed and 600,000 internally displaced, are all part of the African narrative.

But Julius Mucunguzi, a Ugandan scholar of conflict reporting, tells IPS that things are improving.

“Africa is on a path of renewal. It is getting better. While the OAU was established 50 years ago, the AU is only slightly over a decade old and is already putting good structures in place to enhance peace and security in Africa.

“But, AU institutions such as its Peace and Security Council must invest in early-warning mechanisms to ensure that signs of possible conflict are picked up and actual conflict is averted,” he says. 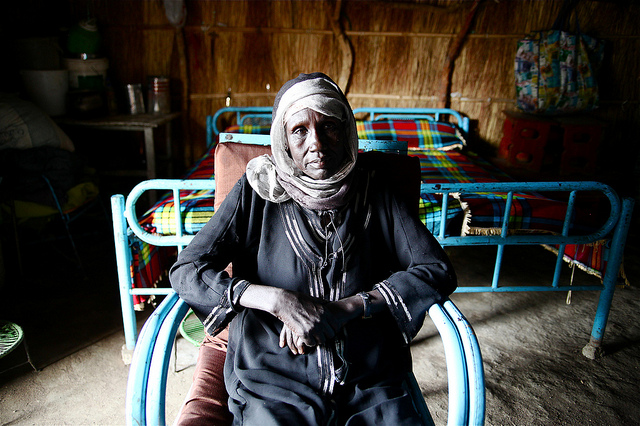 He adds that an independent, pluralistic and vibrant media is critical to Africa’s development and calls on the AU to create an environment that celebrates press freedom and the right to information.

Press freedom remains elusive in many parts of Africa, with Uganda and Somalia being two such examples. Last year, in Somalia 18 members of the media were killed across the country, according to figures from the National Union of Somali Journalists.

In Uganda, state intolerance of the media came to the fore on May 20 when the government shut down the Daily Monitor, the East African nation’s leading daily.

The paper’s printing press, website and two radio stations were also shuttered for reporting on an incriminating letter about President Yoweri Museveni, which stated that he was grooming his son to take over the presidency.

Mucunguzi says the ongoing instability and turmoil on the continent notwithstanding, “Africa is making significant strides.”

Bigambo says that going forward the AU must “strengthen economic blocks” such as the East African Community, IGAD and the Common Market for Eastern and Southern Africa.

“Regional trade is a key building block for promoting an integrated, prosperous and peaceful Africa,” he says.