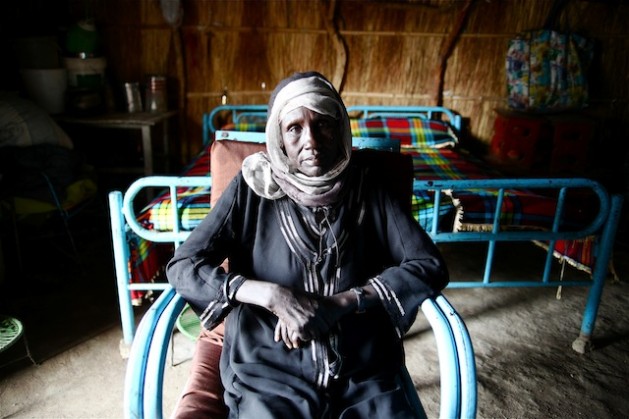 JUBA, Jul 9 2012 (IPS) - The streets have been swept clean and lined with flags to mark the first anniversary of South Sudan’s independence. But cosmetic changes in the capital, Juba, mask deep concerns about the future of the world’s newest nation.

South Sudan’s first year of independence has been marred by violent clashes, food shortages, a refugee crisis and a faltering economy that threatens to halt development. As the nation celebrates its liberation from Sudan after a civil war that killed an estimated two million people, messages from the international community were decidedly muted.

“Looking back, the last year has clearly been a difficult one for the people of South Sudan,” Hilde Johnson, the United Nations secretary general’s special representative, told reporters in Juba on Friday, Jul. 6. “It’s been a tough start.”

In a strongly-worded statement read out at the United States embassy’s July 4 celebrations, Secretary of State Hillary Clinton warned that the country faces “significant challenges that threaten stability and prosperity.”

“Conflict and unresolved issues with Sudan and domestic inter-ethnic tensions have led to increased fighting and economic hardship, which threatens to compromise the very foundations upon which South Sudan’s future was to be built,” she said.

Much of South Sudan’s future was tied to oil. The country inherited three quarters of Sudan’s reserves when it separated, but the pipelines and processing facilities remain north of the border, along with the port that South Sudan needs to use to get its oil to market.

It was thought that the countries’ mutual interest in oil revenue would help foster a working relationship between the former civil war foes. But it has not worked out that way. Talks since independence have failed to yield an agreement on how much South Sudan should pay to ship its oil through Sudan. In late January, South Sudan shut down oil production after Sudan confiscated 815 million dollars worth of Southern crude, which it claimed was in lieu of unpaid fees.

South Sudan said it had no choice but to halt production because Sudan was “stealing” its oil. But in doing so, the government deprived itself of 98 percent of its revenue. Already greatly dependent on the international community for aid, donors are now concerned that South Sudan will now be unable to fund any development programmes or even pay public sector salaries, which could lead to civil unrest.

“We must not allow the large investments in agriculture, water, education and other services to be undone by the economic crisis and increase in conflict,” said Helen McElhinney, a policy advisor with Oxfam International. “The longer this crisis drags on, the greater the risk South Sudan’s development will slip backwards, and its vast potential will be unrealised.”

Lokuji pointed out that South Sudan and Sudan split oil revenues 50-50 in the five years leading up to independence, but southerners have seen very little development. Instead, oil wealth has been squandered and stolen.

On May 3, President Salva Kiir wrote a letter to 75 former and current “senior” government officials asking them to return stolen public funds. He said that four billion dollars had been looted.

Lokuji said that the letter was unlikely to succeed in convincing people to return money lost to corruption, or to prevent officials from stealing more. He criticised the government for failing to bring charges against corrupt officials during South Sudan’s first year of independence.

“I’d say it has been a failure, a failure because we have been unable to get a hold of corruption, unable to put things in order, put institutions in order and get going,” he said.

Even as the economy stagnates after the loss of oil revenue, humanitarian needs are increasing. The number of people requiring food aid in 2012 doubled from the previous year to 2.4 million, according to the U.N. Some of those are people displaced by ethnic violence that is most pronounced in Jonglei, an eastern state bordering Ethiopia.

More than 1,000 people died in fighting between the Murle and Lou Nuer ethnic groups in Jonglei in 2011. At least 900 more died in clashes that began in late December and stretched to February, according to a May 25 report by the U.N. peacekeeping mission.

The report noted that U.N. surveillance flights had reported around 8,000 Lou Nuer marching toward Murle communities in the weeks leading up the December attacks. Despite advanced warning, “the government was slow to respond in any robust way.”

“Actions taken came too late and insufficient troops were deployed at the critical time,” the report said.

South Sudan is also struggling to cope with close to 200,000 refugees that have crossed the border from Sudan’s Blue Nile and Southern Kordofan states where the Khartoum government is fighting an insurgency. On Jul. 4, U.N. High Commissioner for Refugees Antonio Guterres warned that people are arriving “dangerously malnourished” to camps where “the threat from water born disease is high.”

In addition to refugees, about 375,000 southerners have returned from Sudan since October 2010, according to the International Organization for Migration. The government has promised to provide land to them but many remain in temporary camps.

In one camp outside of Aweil, the capital of Bahr El Ghazal state, 50-year-old Nyan Tuch has been waiting almost 20 months for the government to give her family a plot of land. She lived for four decades in Sudan where she and her husband were both employed and owned a house. As the referendum on whether the south would separate loomed, tensions increased and they decided to return to their homeland.

Tuch and her husband now live in a thatched hut with a tarpaulin roof and they farm vegetables to survive. But she said she has no regrets about returning.

“I am filled with joy at one year independence it is now a country of our own,” she said. “What we are looking for is for the government to allocate our land. And we are hoping the place we have will be better than the place we left in the north because this is our place, we are proud of it.”