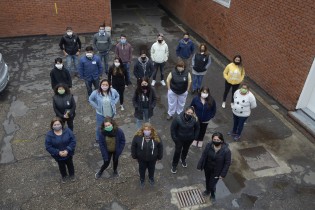 By Inés Benítez
Daniel introduces himself as a “gypsy and guitarist,” Francisco José wants to become a doctor, Yomara timidly says she likes to cook, and María has no idea what she wants to study.

By Inés Benítez
A huge pot of rice steams on the stove at the soup kitchen run by Emaús in the municipality of Torremolinos, on the outskirts of this southern Spanish city. This morning, like every other, Pepi, Adriana and Diego are cooking for over a hundred people who can no longer afford to feed themselves.