UNITED NATIONS, Feb 22 2012 (IPS) - The phrase “financing for gender equality” may sound dry, but it lies at the heart of some of the most intractable problems faced by women around the world today – and whether the political will exists to allocate real resources to solving them or simply pay lip service.

Beginning next week, from Feb. 27 to Mar. 9, ministers and civil society delegates will meet at the United Nations for the 56th session of the Commission on the Status of Women (CSW).

This year’s meeting is especially critical because it will assess how governments have made good on promises at the 52nd session in 2008 to boost financing for gender equality and the empowerment of women. 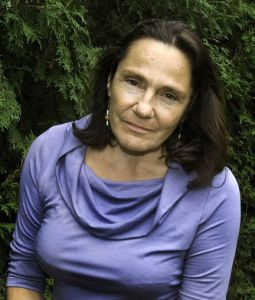 The topic covers everything from broader macroeconomic policies, to public finance and gender responsive budgeting, the mobilisation of international resources and aid, and finding new and innovative sources of funding.

Stephanie Seguino, an economics professor at the University of Vermont in the United States, will take part in the CSW discussions as a member of a panel on “national experiences in implementing the agreed conclusions of CSW 2008”.

IPS Correspondent Mathilde Bagneres talked with Seguino about how women are particularly affected by the current economic crisis, and the role of government in crafting policies that promote not only women’s equality but sustainable development for society as a whole. Excerpts from the interview follow.

Q: Low wages and underemployment of women have been a persistent problem around the world, long before the latest financial crisis. How can financing for gender equality address these issues?

A: Some of the problems of women’s lower wages and underemployment can be addressed through gender-aware targeting of public expenditures as well as anti-discrimination policies. Clearly, policies to promote girls’ education, including publicly funded education, are key.

However, more than that, policies to reduce women’s care burden and policies to promote men’s participation in unpaid caring labour – such as paternity leave – free up women’s time to engage in paid work.

Training programmes that target women, especially for non-traditional “male” jobs, are important. In agricultural economies, governments can offer loan guarantees where women lack title to land in order to leverage their access to credit.

(But) even these steps will be insufficient to undermine pay inequality. Governments need to assertively develop and enforce anti-discrimination legislation, AND affirmative action programmes. Governments can serve as role models by ensuring that some minimum level of leadership positions is filled by women – 30 percent or more.

Q: The 2008 CSW Declaration expressed concern about “the growing feminisation of poverty”. Is this a trend that is likely to continue in the near future?

A: The forces of globalisation continue to push down the wages of workers, and result in a squeeze on public sector budgets (because of the declining corporate tax burden and reductions in tariff revenues).

As a result, women are likely to fare poorly, especially in the context of high unemployment. This is because men tend to be seen as more deserving of jobs when jobs are scarce.

Until we resolve these negative macroeconomic pressures that result in slow growth, job shortages, and growing inequality, it will be difficult to resolve the problem of women’s poverty and that of the children they care for.

Q: You have written that “This crisis provides the opportunity to rethink the role of government in the economy”. Can you briefly elaborate on that idea?

A: This crisis has its roots in the global deregulation of economies, leading to market failures, the growth of inequality, along with increased economic insecurity.

Firms have pursued profits often at the expense of broadly shared well-being. This is not to condemn corporations for their behaviour. Firms seek to maximise their profits in the context of societal rules that regulate their actions.

This poses two challenges for governments. First, they must identify and enforce a set of rules and regulations that are sufficiently flexible to permit firms to innovate while also requiring firms to align their profit motives with social well-being. To give an example, firms try to reduce their costs to raise profits.

They can do this by lowering wages or by innovating and thus raising their productivity. Their choice about which path to cost reduction to take will depend on the set of incentives that governments set.

If a government sets and enforces a minimum wage, firms will be constrained to innovate as a way to compete, which is a good thing for the firm, workers, and society as a whole.

Second, governments have an important role to play in investing in key areas to “crowd in” private investment. For example, investment in infrastructure and education is good for business because it reduces their costs. It is also good for citizens as a whole. The challenge is to carefully target those expenditures so that they do succeed in stimulating business investment that leads to higher incomes.

A related challenge is to identify gender-enabling investments. As I noted above, some public spending that had previously been thought of as social welfare is in reality social infrastructure investment – e.g., education, health, and conditional cash transfer programmes.

They are investments because they improve the productive capacity of the economy, yielding a stream of benefits into the future, which can be used to pay down the debt incurred to finance these expenditures.

The concept of social infrastructure is not well developed. It is an important one, and is an important avenue for promoting gender equality in ways that are financially sustainable.