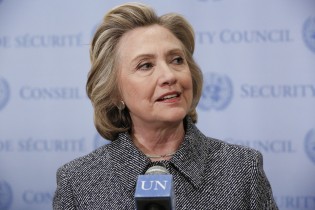 By Jim Lobe
U.S. President Barack Obama nominated Massachusetts Senator John Kerry on Friday to succeed Hillary Clinton as secretary of state, calling him "the perfect choice to guide American diplomacy in the years ahead".

By Carey L. Biron
The World Bank and U.S. government on Thursday each announced major new initiatives aimed at expanding knowledge on the experience of women around the world, while acknowledging that much remains to be done on filling the global “data gap” on women.

By Shafi’i Mohyaddin Abokar
With an international meeting aimed at resolving the political crisis in Somalia set to take place Thursday, the local media in this East African nation is awash with scepticism, referring to the efforts as a new system of re-colonising the country.
ADVERTISEMENT ADVERTISEMENT