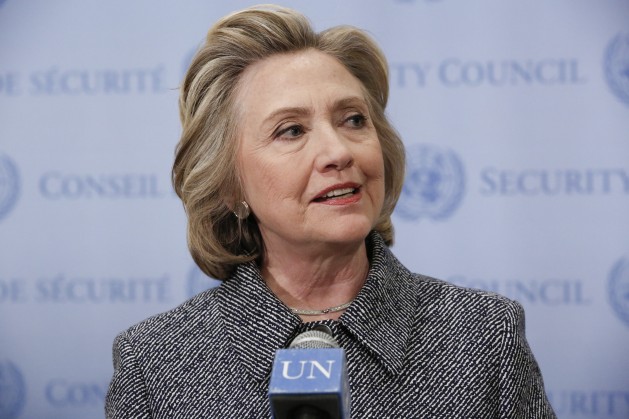 UNITED NATIONS, Sep 5 2016 (IPS) - Despite their prominence on the world stage, female political leaders like Hillary Clinton and Angela Merkel are part of a tiny minority of women who have risen to the top of politics.

The recent impeachment of Brazilian President Dilma Roussef has bought the number of female heads of state and government globally back down to just 16 in the world’s almost 200 countries.

That number may go back up again in 2017, should Hillary Clinton be elected as the 45th President of the United States.

“Any woman who reaches these positions has tried harder and been judged more harshly than any man,” -- Anne Marie Goetz

Other prominent female political leaders include Ellen Johnson-Sirleaf, President of Liberia and Theresa May, Prime Minister of the United Kingdom yet overall the world is still a long way off achieving gender balance in politics, a target which UN member states agreed to in 1995.

“At the current rate it will take about another 50 years to achieve gender balance in parliaments.”

Even those female leaders who do rise to the top of politics continue to face significant challenges.

“Any woman who reaches these positions has tried harder and been judged more harshly than any man,” said Goetz, giving the example of Australia’s former Prime Minister Julia Gillard, who she says was subjected to “quite shocking sexist interpretations.”

“It wasn’t about her ideology, it was about her gender, and I fear that this is going to happen to Hillary Clinton as well, and that it’s happening now.”

While the UN advocates for its members to seek gender equality in politics, another position that has yet to be held by a woman is the role of UN Secretary-General.

For the first time ever, several female candidates are in consideration to replace currently Secretary-General Ban Ki-moon at the beginning of 2017.

However, although the female candidates are considered highly qualified, informal straw polls have indicated that the 15-member UN Security Council is likely to select a male candidate.

“We are disappointed that women are not doing better,” Jean Krasno, Chair of the Campaign to elect a Woman UN Secretary-General told IPS.

However the results are perhaps unsurprising given that only one of the fifteen Security Council ambassadors is a woman, said Krasno.

“(The council) is still entrenched in this really old boys club … and we hope that in the 21st century we’re moving away from that,” she said.

Despite the poor straw poll results, Phumzile Mlambo-Ngcuka, Executive Director of UN Women has reiterated the importance of a female Secretary-General describing it as an opportunity for the UN to lead by example and “make this moment count for gender equality.”