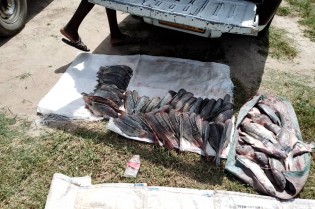 By Jeffrey Moyo
For President Robert Mugabe to defeat the opposition in the Jul. 31 election by hook or by crook may have been a walk in the park, but beating the economic crisis will be another matter. The stock market fell 11 percent the day he was sworn in, the biggest fall in a day since 2009.
Next Page »
ADVERTISEMENT ADVERTISEMENT