In this column, Fernando Cardim de Carvalho, economist and professor at the Federal University of Río de Janeiro, looks at the challenges facing re-elected Brazilian president Dilma Rousseff and argues that in the economic sphere she must find a way out of the trap that Brazil has faced since control of inflation was achieved twenty years ago.

As happens in cases of re-election, the new government is, for all purposes, inaugurated immediately, because there is no need to wait until the legal date of January 1 to begin forming the new government and making necessary decisions. 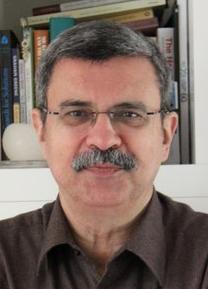 Neither is there a honeymoon in a re-election: voters expect work to begin and some results to show right away.

There is no doubt that Rousseff faces a difficult period ahead. The economy has ground to a halt during 2014 and the perspectives for 2015 are not much better. During practically the whole of the first semester, inflation remained near or above the ceiling of 6.5 percent that was set by the government itself, and the perspectives for next year are not good either.

Balance of payments positions are not comfortable, marked by very high deficits in current transactions and dependence on capital inflows. Social inclusion programmes that were very successful in the recent past may be near exhaustion and will need an upgrade.

Finally, a huge deal was made during the electoral campaign of corruption cases in the administration and in state enterprises, notably Petrobrás, the Brazilian oil company, raising issues that will have to be dealt with by the incoming administration.

“There is no doubt that Rousseff faces a difficult period ahead. The economy has ground to a halt during 2014 and the perspectives for 2015 are not much better”

This does not address, of course, another set of difficulties related to the formation of governments in the Brazilian political system, requiring coalitions to be formed with political parties that look like being for rent rather than available for political debates around principles or programmes.

Let us be clear: the situation is uncomfortable on many fronts but is far from catastrophic, no matter how dramatic opposition speeches have tried to suggest.

Things are far better than in Western Europe, for example, where a second recession is very likely to happen in the near future in economies already devastated by the irrational adherence to austerity policies imposed by some governments led by Germany. But the problems the new government will have to face cannot be underestimated either.

Focusing only on the economic challenges, Rousseff’s first task is to try to escape the curse the Brazilian economy has been facing since it achieved control of inflation twenty years ago.

The Real Plan, named after the new currency that was introduced in 1994, was based on the access to cheap imports obtained by liberalising foreign trade and an overvalued currency. To maintain overvaluation it was necessary to attract foreign capital inflows, which required high interest rates (higher than that paid in other countries). High interest rates were also necessary to control domestic demand so that no significant pressure would be applied on domestic prices.

However, exchange rate overvaluation and high interest rates reduced the competitiveness of local producers, particularly in the manufacturing sector, which are very sensitive to exchange rate behaviour.

Fernando H. Cardoso was imprisoned by this dilemma, as was Lula da Silva. So was Rousseff in her first term, when she, to her credit, realised that the country had to escape the trap but was unsuccessful in finding the way to do so.

With the international economy in a weak condition, and which is forecast to last, Rousseff has to find a way to promote growth without fuelling higher inflation and increasing external vulnerability, that is, without raising the volume of imports when exports are stagnating.

Bringing the inflation rate down is also needed. Societies tend to have long memories (see how the Germans still react to the hyperinflation they experienced a century ago). A large number of Brazilians still remember how unbearable life was when inflation was in the two-digit figures a month.

We are not anywhere close to repeating that experience, but it has made Brazilians alert and sensitive to any signs that government may be lax in fighting inflation. Besides, 6.5 percent a year for more than three years in a row does add to significant loss of purchasing power for fixed incomes and for those wages and salaries that are not compensated by more generous increases.

Even the greatest triumph of the Workers’ Party administration – social programmes – may be near exhaustion.

The Food and Agriculture Organization of the United Nations (FAO) has announced that hunger is no longer an issue for Brazil. Of course, this is great news but it also means that social policies will now have to be designed with higher aims, to improve the quality of life for the populations that were upgraded by past programmes.

Jobs, education and health are much more difficult to address than extreme poverty, the reduction of which could be dealt with cash transfers. Even if no other important problem was on the agenda, this is a tall order for any political leader, but it is even more so for a re-elected president.

Brazilian citizens are impatient to see how Rousseff will meet the challenge. (END/IPS COLUMNIST SERVICE)