NEW DELHI, Nov 24 2015 (IPS) - With Goldman Sachs folding up its haemorrhaging BRIC fund, is it curtains for the acronym that defined the investment bankers’ fancy for emerging markets? It certainly appears so after China’s stock market crash and a fast slowing economy triggered fears that the dragon will set off the next global recession. 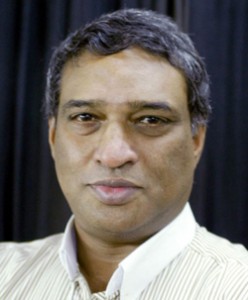 Brazil’s economy is experiencing its deepest recession in 25 years. Russia, too, is contracting due to the crash in oil prices and sanctions. India remains a haven of stability. South Africa’s growth is sluggish with very high unemployment. Against this dismal backdrop, what are the prospects of BRICs playing a vital role in the world economy?

Fourteen years ago, BRICs was very much an idea whose time had come. Goldman Sachs projected them as the future growth engines of the world economy. This acronym soon became a self-fulfilling buzz word with a life of its own. A focus on these leading emerging economies, especially since 2006, provided handsome returns that peaked five years ago. Since 2010, however, BRIC Fund assets plunged from $842 million to $98 million in end-September 2015 according to Bloomberg. With no hope for “significant asset growth” in the near future, Goldman Sachs threw in the towel on October 23, the last trading day for this fund.

These financials clearly reflect the fast-deteriorating growth prospects of the BRIC economies. They were expected to overtake the US in size by 2015. But this isn’t likely to happen. A decelerating Chinese economy, in fact, threatens the first global recession in 50 years without help from the US, says a rival investment bank. Russia and Brazil are doing much worse as they are highly dependent on commodity exports to drive their growth. As China is the biggest importer of oil, iron ore and other raw materials, this is bad news for their commodity-driven prospects. Only India’s track record is creditable as the fastest growing economy in the world.

Such concerns can only make this grouping – which globally accounts for one-fifths of GDP, 42 per cent of population, 17.3 per cent of trade, 41 per cent of forex reserves and 45 per cent of agricultural production – less cohesive to have geo-economic significance in the world economy. Analysts consider the BRICs to represent an alliance of middle -sized economies that could lead to a serious attempt to counter-balance the US, the most powerful economy in the world. This is far from obvious except, perhaps for Russia, that has faced the full brunt of US-led sanctions due to its intervention in Ukraine. This is less true of India that is deepening its relations with the US.

But the BRICs are far from happy with the US-led global financial architecture. A striking feature of all the seven statements issued at BRIC summits from 2009 to 2015 is that this grouping aims to promote peace, security, prosperity and development in a multi-polar, equitable and democratic world order. The grouping seeks a greater voice and participation in institutions of global governance like the IMF, World Bank, WTO and UN. The Durban summit in 2013, for instance, indicated that the WTO required a new leader who demonstrated a commitment to multilateralism and that he or she should be a representative of a developing country.

The formation of a New Development Bank (NDB) is in fact a concrete expression of the desire of BRICs to set up its own alternative to the US-led World Bank and IMF. NDB President KV Kamath has indicated that the bank would blaze a different trail than the Bretton Woods twins who impose an unacceptable conditionality on their loan assistance. In sharp contrast, the NDB is expected to place a greater priority on borrowers’ interests instead of the lender’s interests; that it would better reflect the expectations and aspirations of developing countries. BRICs, however, are not keen to position the NDB as a rival to the World Bank or IMF.

At a BRICs meeting ahead of the recent G-20 summit in Turkey, India’s PM Narendra Modi stated that India will guide the NDB to finance inclusive and responsive needs of emerging economies. India will assume the chairmanship of BRICs in February 2016 and the theme of its chairmanship will be Building Responsive, Inclusive and Collective Solutions – the acronym lives on! PM Modi added for good measure that there was a time when the logic of BRICs and its lasting capacity were being questioned. But group members have provided ample proof of its relevance and value through action at a time of huge global challenges.

The good news is that the BRICs are cooperating and competing with one another for a place under the global sun. The seven summits from St Petersburg to Ufa testify to this. BRICs are the new growth drivers for low-income countries, especially in Africa, considering the growing importance of their trade and foreign direct investments in such economies. The BRICs may be passing through troubled times, but they do constitute a major consumer market. Incomes have grown as more and more people have joined the ranks of the middle class, resulting in greater demand for oil, cars and commodities in leading member countries like China and India.

But the grouping must seriously address the serious challenges of kick-starting its pace of expansion to power global growth as before. The BRICs may not be yielding returns to investment banks but they are in no immediate danger of fading into the sunset. Member countries after all take it seriously enough to set up a potential rival to the World Bank and IMF dominated by the US and Europe. Even if its creator has pulled the plug on the BRIC fund, the acronym will remain relevant in the future as well. Its resilience only exemplifies the profound truth of what the famous economist John Maynard Keynes stated long ago that the ideas of economists and political philosophers, both when they are right and when they are wrong, are more powerful than is commonly understood. Indeed the world is ruled by little else!