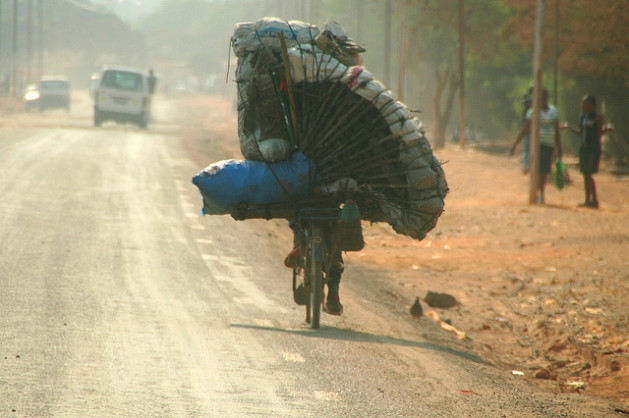 WASHINGTON, May 17 2013 (IPS) - With casualties in the long-running conflict in the Democratic Republic of Congo (DRC) now surpassing every conflict since World War II, U.S. policymakers and advocates are stepping up campaigns to raise awareness and push legislation aimed at encouraging new negotiations, assisting in government reforms, and pressuring the neighbouring countries that have propped up the DRC’s government.

Some advocates say the situation today could be better than at any time in recent years for a durable peace process.

The U.S. House of Representatives is currently preparing to consider a bipartisan bill, unanimously passed by a subcommittee Wednesday, aimed at supporting international efforts to forge a peace deal in the long-running crisis in Congo.

The bill is an “important step forward in raising awareness within the U.S. Congress and among all Americans of this horrific and tragic crisis in the DRC,” Representative Karen Bass, one of the bill’s lead authors, told IPS.

“To date, this legislation has the support of nearly 60 Democrats and Republicans in the House and efforts are currently underway to introduce a similar piece of legislation in the Senate. It has also received significant support from the NGO community.”

Supporters say they expect that number to increase.

Recent months have also seen a strengthening of advocacy on the part of the Congolese diaspora here in Washington, as well as from the rest of the country and Canada. Legislators say this support has been key in helping the House bill gain the legislative backing it has.

One element of the new bill would respond to a longstanding key demand, urging the creation of a special envoy from the president to the DRC and the surrounding Great Lakes region.

“This legislation calls for such an envoy, and Secretary [John] Kerry, in testimony before both the House and the Senate, has indicated his plan to make an appointment,” Bass said.

“I am pleased that this effort is making progress and urge the secretary to move swiftly to make his decision and develop a comprehensive strategy that relies on diplomacy and engagement to address the complex set of issues that stand as barriers to peace and stability in the DRC and the region.”

The war in Congo has been running for almost two decades, taking the lives of nearly six million people as several peace processes have failed. Militias engaged in the war have often used rape and sexual violence as a tool of repression and intimidation.

The economics of the mineral trade have also defined this struggle, with armed groups having been able to control mines and trading routes to prop up their actions.

“DRC is potentially one of the world’s wealthiest nations, but has been unable to unlock the potential of the riches above and below the soil due to the ongoing conflict there,” Sasha Lezhnev, a senior policy analyst at the Enough Project, a Washington advocacy group that published a new report on the DRC today, told IPS.

“However, a couple of different policy windows have created the space for a peace process that today has a better chance of success than anytime in the last decade.”

Lezhnev refers to the recent emergence of international pressure on Congo’s neighbouring states – particularly Rwanda – for supporting armed groups within eastern Congo. The World Bank has now withheld 135 million dollars from Rwanda for this reason, and there has likewise been pressure on the Congo to enact greater transparency reforms.

In addition, U.N. Special Envoy to Africa Mary Robinson has been working to establish a more comprehensive and inclusive peace process that addresses the core drivers of violence in the DRC. In February, she and 11 African heads of state established a diplomatic framework to identify reforms that would enable Rwanda, Congo and Uganda to cooperate on the extraction and export of minerals.

“What needs to happen now is Mary Robinson needs to lead regional negotiations between Uganda, Rwanda and the Congo on economic, refugee and security issues so that all these interests can be put on the table and can be worked out in a transparent and legitimate way.”

Also helping to break the link between the armed groups and the minerals that have in part funded them is new U.S. legislation, enacted over the past year as part of comprehensive financial legislation known as the Dodd-Frank Act. A section of this law targets so-called “conflict minerals”, and is reported to have brought about a 65-percent drop in profits for armed groups from tin, tungsten and tantalum this year.

“The Dodd-Frank Act has resulted in armed groups and their supporters finding it significantly more difficult to profit from an illicit trade, and so there is an opportunity to take advantage of these changing incentives and create structures for legitimate cooperation,” Lezhnev says.

“This shows there is a growing global consumer movement against conflict minerals, and conflict-free products have created new momentum to say that enough is enough when it comes to buying untraceable minerals and turning a blind eye.”

A further sign of the weakening of the armed groups is the sight of one of the chief Rwandan warlords, Bosco “The Terminator” Ntaganda, sitting in The Hague at the International Criminal Court (ICC) after he turned himself in to law enforcement in Rwanda in March. Analysts say this turn of events has weakened his militia, known as the M23, and increased opportunities for peace.

Meanwhile, countries around the world have increasingly taken notice of the trade and investment opportunities throughout Africa, resulting in greater levels of engagement. However, groups like the Enough Project warn this policy window will not remain open indefinitely.

“We call on the Obama administration to deploy a high-level envoy and to work with Mary Robinson,” Lezhnev said.

“The administration needs to help shape this process, to incentivise the economic cooperation between the countries of the region by setting up a responsible investment initiative for working with the tech companies, metals companies and responsible investors to identify gaps and opportunities for investing in a conflict-free environment.”

Next week, World Bank President Jim Kim and U.N. Secretary-General Ban Ki-moon are slated to travel to Congo and the region.