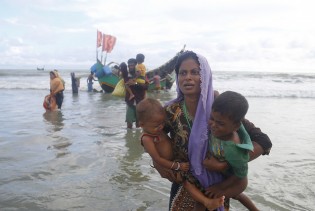 By Valentina Ieri
The health-related resignation of an International Criminal Court (ICC) judge has paved the way for Asia-Pacific governments to improve their legal representation in the international legal system, said the group Coalition for the ICC on Thursday.

By Becky Bergdahl
Ten years after the International Criminal Court (ICC) opened its doors in The Hague, the United Nations Security Council held its first open discussion on the role of the court, with some nations reiterating complaints that its docket is highly politicised and has unfairly singled out African nations for censure.
ADVERTISEMENT ADVERTISEMENT