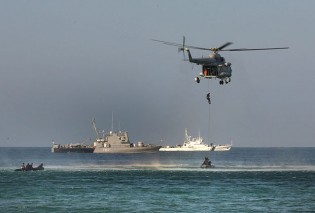 By Amantha Perera
The simple sentences six-year-old Minadi writes on paper should delight her mother. Instead, Vilasini Wakwella despairs over their content.

By Isabelle de Grave
At the Yeosu World Expo 2012, the U.N. commemorated the thirtieth anniversary of the U.N. Convention of the Law of the Sea (UNCLOS), highlighting efforts to quell the global scourge of piracy.
ADVERTISEMENT ADVERTISEMENT