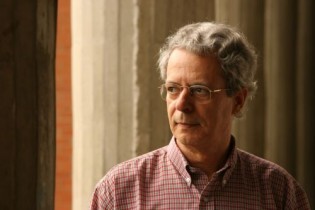 By Fabiana Frayssinet
The only difference the resignation of Benedict XVI as head of the Catholic Church will make in Brazil will be the name changes needed on posters advertising his coming to this city in July for World Youth Day, jokes Frei Betto.

By Dalia Acosta
Eighty-two-year-old Alba Osorio feels as though she were 50 again. A true survivor, 10 years after the late Pope John Paul II’s visit to Cuba, she is now running back and forth from her house to the parish church, getting ready for what she regards as a new "festival of the spirit."

By IPS Correspondents
In the dingy halls of the hotel, one of the staff is talking on the phone. "Tau has been killed," he says. "I cannot tell you who did it, but Memo discovered the corpse."

By IPS Correspondents
Indigenous communities throughout Latin America are facing the loss of their cultural traditions, divisive conflicts, and in some cases even bloodshed, all in the name of God.

RELIGION: Women Catholics Demand More than a Space in the Convent

By Diana Cariboni
Catholic women waiting for the day when they too can be ordained as priests will undoubtedly have a longer wait ahead of them following the recent designation of conservative Cardinal Joseph Ratzinger as Pope Benedict XVI.

RELIGION: Worried Malaysians Hope for a Transformation in New Pope

By IPS Correspondents
While Pope Benedict XVI, previously the Cardinal Joseph Ratzinger, formally begins his pontificate on Sunday after being inaugurated in an open-air mass celebrated in Rome's St. Peter's Square, certain Malaysian Catholic activists and clergy are worried that the church under the new pope would become more insular and clamp down on movements working with the poor.

By IPS Correspondents
Europe has cautiously welcomed the election of Cardinal Joseph Ratzinger as the new pope, but there are also concerns over his view of Turkey's bid to join the European Union.

By IPS Correspondents
Though most Germans seem to be proud that a compatriot has been elected pope, those who are reform-minded raise concerns over the ability of Cardinal Joseph Ratzinger - now known as Pope Benedict XVI - to alter the course from his staunch conservatism.

By Mario Osava
"Today was a sad day," Maria José Rosado Nunes, head of the Brazilian branch of Catholics for the Right to Decide, said in response to the selection of Cardinal Joseph Ratzinger as the new pope, a decision that in Latin America also disappointed progressive members of the clergy and married priests.

RELIGION: We Have a Pope, and a Potential Rift

By Sanjay Suri
The election of Cardinal Joseph Ratzinger as the new pope Tuesday has dismayed progressive groups within the Catholic Church. They had hoped a new pope would bring a change from the conservative traditions of John Paul II.

RELIGION: It Had to Be Ratzinger After All

By IPS Correspondents
All the bells in Rome were pealing as cardinals elected Joseph Ratzinger the 265th leader of the Roman Catholic Church.

RELIGION-LATIN AMERICA: Praying to God – and Betting on the Next Pope

By IPS Correspondents
If the Catholic Church worked like a democracy, the chances that the next pope would be from Latin America would be high. Around 45 percent of the world's Catholics live in this region, and at least nine of the cardinals whose names are mentioned as possible candidates are Latin American.

RELIGION: New Pope May Have to Reconsider Role for Women

By IPS Correspondents
A new pope will have to reconsider the position of the 'other half of the faithful', women leaders in the Catholic Church say.

By IPS Correspondents
Cardinal Josef Ratzinger is emerging as the most talked about, and the most controversial candidate in the selection of a new pope.

RELIGION: New Pope Will Emerge From a Holy Lock-Up

By IPS Correspondents
Whether Latin American, African, Asian or European, the successor to Pope John Paul II will be elected through a uniquely secret gathering of the electoral College of Cardinals. The Pope will be elected at a conclave, which in Latin means locked up 'with key'.

By IPS Correspondents
The death of Pope John Paul II, a lifetime crusader against communism, has sparked speculation of an imminent diplomatic thaw between the Vatican and mainland China - more than 50 years after the communist government expelled all foreign priests and severed links with the Holy See.

By IPS Correspondents
Reform-minded Catholic groups in the United States are praying the successor to John Paul II will prove more receptive to softening church doctrine on contraception, abortion, homosexuality and women's equality, although they acknowledge that these issues are probably not high on the Vatican agenda.

By IPS Correspondents
Tributes for the late Pope John Paul II in this Muslim-majority nation have cut across the political and religious spectrum. Many have recalled the pontiff's opposition to the invasion of Iraq, his defence of Palestinian rights and openness to inter- religious dialogue.

RELIGION: Now the Church May Rise Above the Pope

By IPS Correspondents
Pope John Paul II was a towering figure; but under his long shadow concern arose whether he could have stood too tall over the Church itself.

By Mario Osava
In Brazil, the legacy of Pope John Paul II's lengthy papacy is a Church led by bishops who are "less independent, and less capable of thinking for themselves," according to priest Oscar Beozzo, a theologian specialising in the history of the Roman Catholic Church.

By IPS Correspondents
Latin America's indigenous communities and downtrodden poor are a vivid reminder for the Roman Catholic Church that Salvadoran Archbishop Oscar Arnulfo Romero's steadfast commitment to the poor must be kept alive, said Peruvian priest Gustavo Gutiérrez, one of the founders of Liberation Theology.
Next Page »
ADVERTISEMENT ADVERTISEMENT