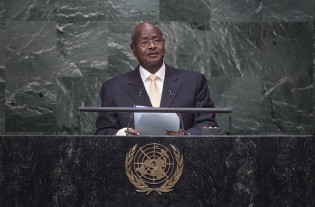 By Amy Fallon
Uganda’s gays are bracing themselves for a spate of arrests and harassment as the country’s draconian anti-gay bill was signed into law by President Yoweri Museveni on Monday, Feb. 24.
ADVERTISEMENT ADVERTISEMENT