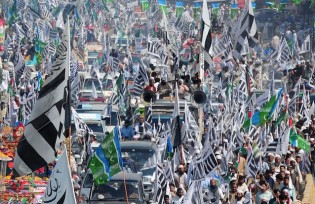 By Ashfaq Yusufzai
The increasing numbers of religious schools is being cited as the main reason behind violent protests in the northern Khyber Pakhtunkhwa province of Pakistan bordering Afghanistan.

Egypt and U.S. Step Past Crisis

By Adam Morrow and Khaled Moussa al-Omrani
The wave of unrest in the Middle East caused by blasphemous depictions of Islam's Prophet Muhammad last month – and events near the U.S. embassy in Cairo in particular – does not appear to have impaired Egypt's longstanding 'strategic partnership’ with Washington, say local analysts.
ADVERTISEMENT ADVERTISEMENT