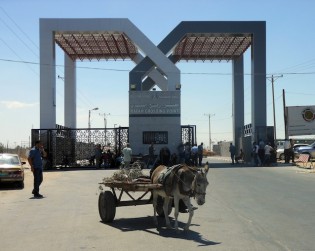 By Jillian Kestler-D'Amours
With more restrictions placed on the Rafah border crossing between Egypt and Gaza, and access to the Palestinian territory’s smuggling tunnels increasingly blocked, human rights groups say Gaza’s 1.6 million residents are unfairly being punished for the attack on an Egyptian military base in Sinai.

By Adam Morrow and Khaled Moussa al-Omrani
With the election of the Muslim Brotherhood's Mohamed Morsi as Egypt's first-ever freely elected president, the Gaza file – especially as it pertains to Egypt's border with the besieged enclave – is fast becoming one of the new president's first major foreign policy challenges.
ADVERTISEMENT ADVERTISEMENT