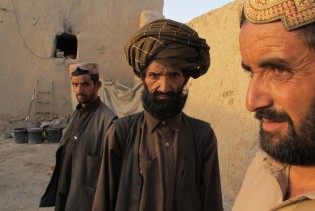 By Karlos Zurutuza
Luis Shabi nostalgically recalls his nine years of novitiate in Rome and a "fantastic road trip through Europe" before returning to Iraq in 1969. "Those were the good times," sighs the Chaldean Archbishop of Baghdad from a bunker in the heart of the Iraqi capital.