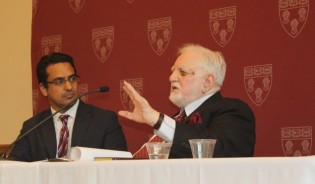 By Marc-Andre Boisvert
At the entrance to the Evangelical church in Mopti, central Mali, military soldiers stood on either side of the door as Pastor Luc Sagara greeted his parishioners for Sunday mass.
ADVERTISEMENT ADVERTISEMENT