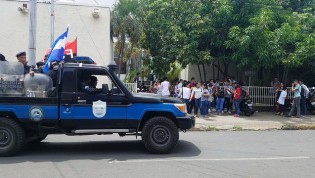 By José Adán Silva
In the midst of unusual political tension and apathy, Nicaraguans will go to the polls on Sunday Nov. 6 to vote in elections marked by the absence of the main opposition force and international election observers.
ADVERTISEMENT ADVERTISEMENT