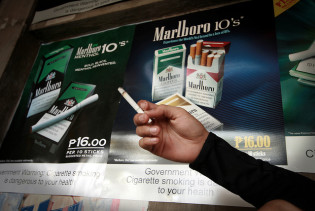 By Carey L. Biron
Tobacco use led to almost six million deaths in 2011, according to new research released here on Monday, of which nearly 80 percent were in low- and middle-income countries.

By Fabíola Ortiz
Brazil spends some 10 billion dollars a year on health care for smokers – more than three times the tax revenue from the tobacco industry in this country, which is the world's top exporter and second producer of tobacco.
ADVERTISEMENT ADVERTISEMENT