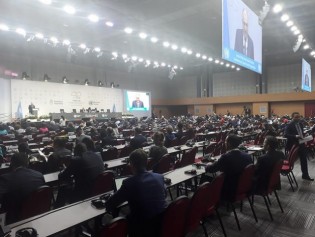 By Tharanga Yakupitiyage
As countries came together at the United Nations this week to sign the Paris Climate Change Agreement, partnerships were forged between countries of the global South to support the implementation of the global treaty.