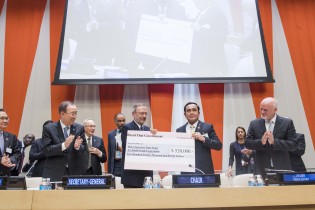 By Terna Gyuse
Investment in rural infrastructure and support for Africa's millions of small-scale farmers have increased in the past decade. But as these farmers begin to see increased yields, the question of better access to markets comes to the fore.
ADVERTISEMENT ADVERTISEMENT