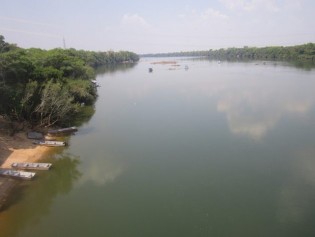 By Mario Osava
“After being displaced for the third time,” Daniel Schlindewein became an activist struggling for the rights of people affected by dams in Brazil, and is so combative that the legal authorities banned him from going near the installations of the Sinop hydroelectric dam, which is in the final stages of construction.
ADVERTISEMENT ADVERTISEMENT