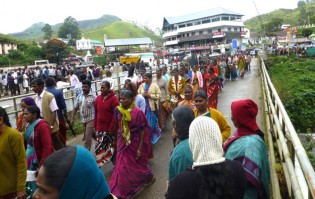 By Tessa Love
Six days a week, Tahir Cetin spends seven and a half hours hundreds of feet underground on a narrow ledge, mining coal near Soma, Turkey. He breathes in dust that is destroying his lungs, and digs into walls that could collapse on top of him. With one false step, he could fall to his death.
ADVERTISEMENT ADVERTISEMENT