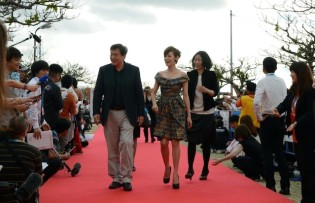 By Suvendrini Kakuchi
Okinawa, the largest of a group of 60 sub-tropical islands forming Japan’s southernmost prefecture, has an equable climate and preferential treatment for United States servicemen under the Mutual Cooperation Security Treaty between the U.S. and Japan.
ADVERTISEMENT ADVERTISEMENT