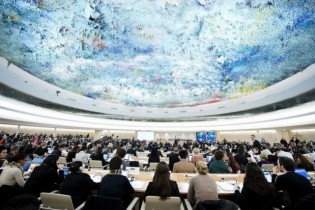 By Constanza Vieira
The Colombian army killed Marta Díaz’s son Douglas in 2006, dressed him in combat fatigues and reported him as a FARC guerrilla killed in a shootout. Díaz searched for him everywhere, in prisons, hospitals and morgues, until she finally managed to track down his remains in 2008.
ADVERTISEMENT ADVERTISEMENT