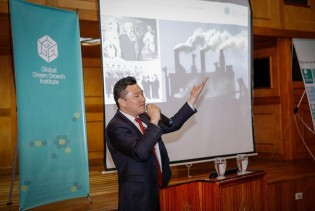 By Constanza Vieira
Colombia is a global power in biodiversity and water resources, but at the same time it depends on exports of fossil fuels, coal and oil, to the world. But don't panic: in the green economy there are also incomes and jobs - says a world expert on the subject, Juhern Kim.

By Constanza Vieira
The Colombian army killed Marta Díaz’s son Douglas in 2006, dressed him in combat fatigues and reported him as a FARC guerrilla killed in a shootout. Díaz searched for him everywhere, in prisons, hospitals and morgues, until she finally managed to track down his remains in 2008.
Next Page »
ADVERTISEMENT ADVERTISEMENT