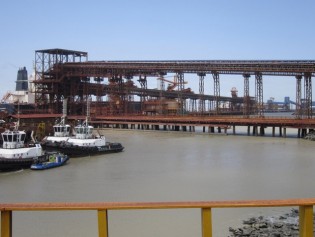 By Fabíola Ortiz
Representatives of social movements and communities affected by Brazilian mining company Vale's operations have bought shares in the company, to make their voices heard.
ADVERTISEMENT ADVERTISEMENT