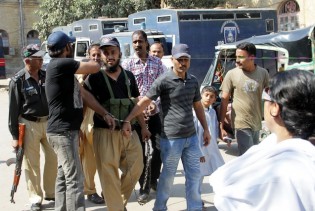 By Zofeen Ebrahim
Violence and crime are on the rise in Pakistan and none are more at risk than those who witness murders, robberies, abuse or kidnapping first-hand.