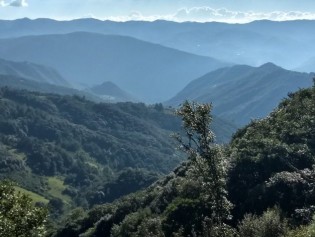 By Baher Kamal
In a previous article, IPS reported on some of UNICEF’s key findings about the harsh impacts on the world's children –and the whole Planet Earth– of the excessive consumption by mostly rich countries.

By Baher Kamal
As an introduction to this year’s World Environment Day on 5 June, this report deals with how the excesses of the world’s population, mostly in the wealthiest countries, are causing so much harm to Planet Earth.

Climate Change in South East Asia: Where are we and What are we Bound for?

By Kwan Soo-Chen and David McCoy
It is increasingly clear that human health and wellbeing are being threatened everywhere because of global warming and environmental damage. Extreme weather events, sea level rise, increasing scarcity of freshwater, drought and high temperatures, combined with loss of biodiversity and other aspects of ecological degradation such as soil erosion and coral bleaching are all features of anthropogenic self-harm and an increasingly inhospitable planet for human society.

By Sally Abi Khalil
We are in the midst of so many crises across the Middle East and North Africa (MENA) region: the most unequal, water scarce, least democratic region in the world, with the widest gender gap, multiple armed conflicts raging across it, and fragile states on the brink.

By Ibrahim Thiaw
Land is our lifeline on this planet. Yet ‘business as usual’ in how we manage land resources puts our own future on planet Earth in jeopardy, with half of humanity already facing the impacts of land degradation.
ADVERTISEMENT ADVERTISEMENT