BUCHAREST, Aug 3 2009 (IPS) - Serge Latouche, professor emeritus of economic science at the University of Paris-Sud, is one of the main proponents of "the society of de-growth". 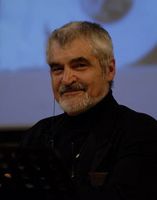 He calls for "abandoning the objective of growth for growth's sake, an insane objective, with disastrous consequences for the environment." The need for a 'de-growth' society stems from the certainty, he says, that the earth's resources and natural cycles cannot sustain the economic growth which is the essence of capitalism and modernity.

In place of the current dominant system, Latouche argues for "a society of assumed sobriety; to work less in order to live better lives, to consume less products but of better quality, to produce less waste and recycle more."

The new society would mean "recuperating a sense of measure and a sustainable ecological footprint," Latouche says, "and finding happiness in living together with others rather than in the frantic accumulation of gadgets."

Author of many books and articles on Western rationality, the myth of progress, colonialism and post-development, Serge Latouche describes the main principles of the de-growth society in his books 'Le Pari de la Décroissance'(The Bet of De-Growth) and 'Petit Traité de la Décroissance Sereine" (Small Treaty of Peaceful De-Growth) published in 2006 and 2007.

IPS: What are the features of the society of de-growth, and are any practices in the world today compatible with this vision? Serge Latouche: De-growth does not mean negative growth. Negative growth is a self-contradictory expression, which just proves the domination of the collective imagination by the idea of growth.

On the other hand, de-growth is not the alternative to growth, but rather, a matrix of alternatives which would open up the space for human creativity again, once the cast of economic totalitarianism is removed. The de-growth society would not be the same in Texas and in the Chiapas, in Senegal and in Portugal. De-growth would open up anew the human adventure to the plurality of its possible destinies.

Principles of de-growth can already be found in theoretical thought and in practical efforts in both the global North and the South. For example, the attempt to create an autonomous region by the neo-Zapatistas in Chiapas; and many South American experiences, indigenous or others, such as in Ecuador, which has just introduced in its constitution the objective of Sumak Kausai (harmonious life).

All sorts of initiatives promoting de-growth and solidarity are starting to spread in the global North too: AMAP (The Associations for the Preservation of Peasant Agriculture in France, that promote direct links between producers and consumers, and organic agriculture), self-production according to the example of PADES (the Programme for Self-Production and Social Development, developed in France to help individuals and communities produce goods for themselves and others, eliminating monetary interchanges).

The movement of Transition Towns started in Ireland and spreading in England could be a form of production from below which closest resembles a society of de-growth. These towns are seeking firstly energy self-sufficiency in the face of depleting resources and, more generally, promote the principle of community resilience.

IPS: What would be the role of markets in the de-growth society? SL: The capitalist system is a market economy, but markets are not an institution which belongs exclusively to capitalism. It is important to distinguish between the Market and markets. The latter do not obey the law of perfect competition, and that is for the best. They always incorporate elements of the culture of the gift, which the de-growth society is trying to rediscover. They involve living in communion with the others, developing a human relationship between the buyer and the seller.

IPS: What strategies could the global South pursue in order to eliminate poverty in a different way than the North has, at the expense of the environment and producing poverty in the South? SL: For African countries, decreasing the ecological footprint and the GDP are neither necessary nor desirable. But from this we must not conclude that a society of growth must be built there.

Firstly, it is clear that de-growth in the North is a precondition for opening up of alternatives for the South. As long as Ethiopia and Somalia are forced, during the worst food shortage, to export feed for our domestic animals, as long as we fatten our cattle with soya obtained after destroying the Amazonian forest, we are asphyxiating any attempt at real autonomy in the South.

To dare de-growth in the South means to launch a virtuous cycle made up of breaking economic and cultural dependency on the North; reconnecting with a historical line interrupted by colonisation; reintroducing specific products which have been abandoned or forgotten as well as "anti-economic" values linked to the past of those countries; recuperating traditional techniques and knowhow.

These are to be combined with other principles, valid worldwide: re- conceptualising what we understand by poverty, scarcity and development for instance; restructuring society and the economy; restoring non-industrial practices, especially in agriculture; redistributing; re-localising; reusing; recycling.

IPS: The de-growth society involves a radical change in human consciousness. How is this radical change going to come about? Can it happen in time? SL: It is difficult to break out of this addiction to growth especially because it is in the interest of the "dealers" – the multinational corporations and the political powers serving them – to keep us enslaved.

Alternative experiences and dissident groups – such as cooperatives, syndicates, the associations for the preservation of peasant agriculture, certain NGOs, local exchange systems, networks for knowledge exchange – represent pedagogical laboratories for the creation of "the new human being" demanded by the new society. They represent popular universities which can foster resistance and help decolonise the imaginary.

Certainly, we do not have much time, but the turn of events can help accelerate the transformation. The ecological crisis together with the financial and economic crisis we are experiencing can constitute a salutary shock.

IPS: Can conventional political actors play a role in this transformation? SL: All governments are, whether they want it or not, functionaries of capitalism. In the best of cases, the governments can at most slow down or smoothen processes over which they do not have control any more.

We consider the process of self-transformation of society and of citizens more important than electoral politics. Even so, the recent relative electoral success of French and Belgian ecologists, who have adopted some of the de- growth agenda, seems like a positive sign.