RIO DE JANEIRO, Dec 19 2009 (IPS) - “In a year’s time, the Japanese archipelago will be completely under water.” This official announcement was made following a violent eruption of Mt. Fuji, as a series of devastating earthquakes shook the country, forcing the world to face the challenge of taking in 110 million refugees within a very short time. 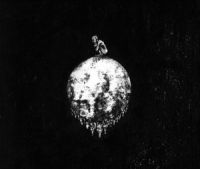 After a brutal diplomatic battle, the Japanese government managed to secure frail support from its fellow nations and evacuate 65 million people. Twenty million sank with the islands, many of them voluntarily, out of love for their country or to give younger people a better chance of fleeing. The rest are believed to have died before the islands sank, victims of the quakes, tsunamis and other natural disasters.

This account is part of a futuristic book published in Japan in 1973, and translated into English as “Japan Sinks”. The author, Japanese novelist Komatsu Sakyo, imagines this catastrophe based on potential natural phenomena, such as the intensification and alteration of tectonic plate shifts under the Pacific Ocean.

But outside the world of fiction, the planet today is being hit by increasingly frequent floods, and many small island states and coastal cities face the real possibility of sinking in the near future. And all of this is a result of human actions.

The threat in real life is coming from above rather than below, but the consequences are equally tragic, even if they appear less catastrophic because they are more spread out in time and space.

A huge cataclysm like the one depicted by Sakyo may be what the world needs to reach an effective agreement that will steer it away from the suicidal path of global warming.

Certain changes, especially those wrought against the economic tide, are only possible after exceptional tragedies or social turmoil. Last year’s global financial crisis, for example, was not dramatic enough to bring about structural changes.

The magnitude of Sakyo’s fictional disaster does not lie merely in the number of victims, but in the fact that it completely wipes out a rich nation like Japan, a country that many in the 1970s saw as challenging the economic power of the United States. The novel is also critical of the arrogance displayed by Japan in the post-war reconstruction period.

The fact that tropical countries, especially small, impoverished nations, will suffer the worst effects of global warming fails to prompt cooperation that should be natural in our present circumstances, as it is a threat that affects the entire world.

The current climate crisis highlights the multiple dimensions of the inequalities among nations, which hinder negotiations. The leading issues – such as legally-binding targets for emissions and funding for programs to address climate change – divide the world, with wealthy countries on one side and the rest of the world on the other, and a middle group of emerging nations whose intention to continue to be counted within the ranks of the poor nations (in terms of emissions cuts, etc) is rejected by the rich.

This inequality is a spoke in the wheel of any multilateral talks, in both market, financial, patent or health matters.

These are all opportunities for developing countries to close the gap that separates them from the rich and obtain more aid for their own development, now with the irrefutable argument that the industrialised world is responsible for the historic accumulation of greenhouse gases in the atmosphere.

But when it comes to climate change, the blocs formed in other forums fall apart. Brazil, for example, is persistently under pressure from environmentalists to break away from the G77 group of 130 developing nations so that it can contribute to reaching an agreement and regaining the leadership role it had in the negotiations for the United Nations Framework Convention on Climate Change in 1992, and the Kyoto Protocol in 1997.

Because it has specific and feasible means to reduce greenhouse gas emissions – by curbing deforestation and increasing its already vastly developed clean energy production -, environmental activists argue that it would be to Brazil’s own advantage to commit to ambitious targets.

China, which is associated with the G77, alienated itself from the coalition by moving closer to the United States in volume of greenhouse gases emitted, building one coal-fired electric power plant a week, and holding more than two trillion dollars in reserves.

It’s frightening to think of 1.3 billion Chinese speeding forward towards what is now recognised as an unsustainable process of industrialisation and consumption.

The position of countries that are rich in fossil fuels differs radically from that of those dependent on imported oil. Latitudes and altitudes, the abundance or lack of forests, the threat of desertification, or the dependence on glaciers are some of the many aspects that mark the differences in how climate change impacts each country.

Numerous small island states are already fighting for survival, so they have joined forces with those African nations that are severely affected by desertification and major crop losses to demand that 1.5 degrees C be set as the limit for the rise in temperature in this century. Exceeding that threshold will condemn entire nations to almost certain death or displacement.

But, what power do these countries have to counter the two-degree limit adopted?

This is not about rich countries imposing their will on poor countries, or of a class struggle between states. The goals that must be met are being dictated by scientific studies and assessments. Climate change has crowned a new absolute power: the power of science, whose findings are now determining the very existence of the world’s entire population.

Thousands of scientists who participated in the reports of the Intergovernmental Panel on Climate Change (IPCC) agreed that a temperature rise of two degrees C by 2100 is a feasible and tolerable limit. Above that, chaos will ensue.

Climate sceptics don’t count. They’re a tiny minority and, in many cases, have lost credibility because they are thought to defend the interests of the fossil fuel industry, or to act out because they feel attacked by attempts to prevent the great climate disaster.

Voices have already been raised against the verdict issued by climate experts, voices that demand that society be included in decision-making, with suggestions of holding referendums. But this is a field where the premises lay outside the dynamics of “democracy.” Climate change is a fact, not an issue.

Politics can only decide on how to handle the phenomenon. Questioning it or determining any variations in the facts is the exclusive domain of science.

This new dimension of what many refer to as the “age of knowledge” will dictate the rules that govern many activities, demanding energy efficiency, and forcing people to change their patterns of consumption and their habits, as has already been achieved, for example, with tobacco in the field of health.