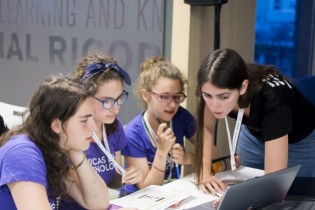 By Diego Arguedas Ortiz
With the effects of global warming becoming more and more visible and the complicated socio-economic decisions indispensable to address this planetary crisis, science needs a new breed of experts: social scientists who specialise in climate change.

By Mario Osava
The extraction of deepwater oil, the most abundant kind in Brazil, is costly but foments technological and industrial development, requiring increasingly complex production equipment and techniques.

By Ivet González
On the blue flame of her biogas stove, it takes half as long for rural doctor Arianna Toledo to heat bath water and cook dinner as it did four years ago, when she still used electric power or firewood.

By Diego Arguedas Ortiz
The vast habitat known as the Costa Rican Thermal Convection Dome in the eastern Pacific Ocean will finally become a protected zone, over 50 years after it was first identified as one of the planet’s most biodiversity-rich marine areas.
Next Page »
ADVERTISEMENT ADVERTISEMENT