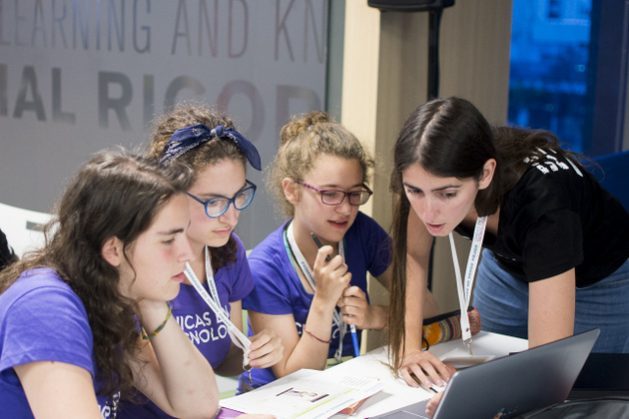 BUENOS AIRES/RIO DE JANEIRO, Mar 5 2019 (IPS) - Designed mostly by men, many digital applications are not suitable for women, but some initiatives are beginning to include them as programmers and beneficiaries in Latin America, where the gender gap is also technological.

Melina Masnatta of Argentina, co-founder and executive director of Chicas en Tecnología (Girls in Technology), knows this from experience. Masnatta, who specialised in educational technology, began to see the digital gender gap in her own environment where educators (73 percent women) and those who programmed or designed applications (more than 90 percent men), could not understand each other.

That was how her non-governmental organisation was born in 2015. Chicas en Tecnología seeks to mitigate this imbalance by empowering adolescent girls in technology, not only as users but also as creators, professionals and entrepreneurs.

“Most see themselves as users of technology and not as creators or producers of technology, no matter what social class they belong to,” Masnatta told IPS in Buenos Aires.

The NGO has already trained 1,700 adolescent girls, who they focus on because it is the age at which they begin to define their future, based on four pillars: education, technology, leadership and entrepreneurship.

“It’s very common that when a girl tells her family that she made the decision to devote herself to technology, they tell her that it’s a men’s career,” she said.

People from older generations also have preconceptions, which can lead them to discourage youngsters from choosing areas of study such as video game developer, one of the fastest-growing industries in the world – where men, again, are a majority, Masnatta noted.

On the other hand, the fact that applications for mobile devices are generally programmed by men means that “many women cannot identify.”

A search on the Internet quickly reveals that most APPs targeting the female public have been designed with a very traditional vision of their universe, linked to topics such as menstrual cycles, fashion, children, control of household expenses, makeup or diets.

To help raise awareness of these digital inequalities, among other issues, the theme of this year’s International Women’s Day on Mar. 8 is “Think Equal, Build Smart, Innovate for Change”, to promote innovation that can contribute to women’s empowerment in areas such as information and communication technologies (ICTs).

“From mobile banking and blockchain technology, to artificial intelligence and the Internet of things, it is vital that women’s ideas, concerns and experiences equally influence the design and implementation of the innovations that shape our future societies,” said U.N. Women, explaining this year’s theme for Mar. 8.

Luiza Carvalho of Brazil, U.N. Women‘s regional director for Latin America and the Caribbean, told IPS from her headquarters in Panama City that “innovation and technology provide unprecedented opportunities for women’s economic empowerment.” 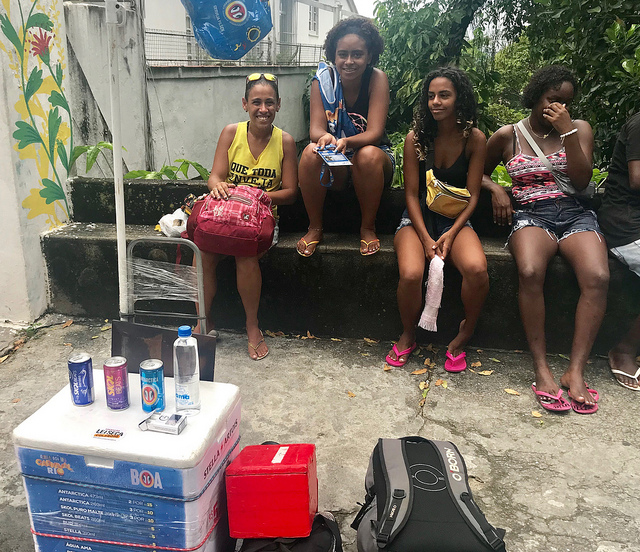 Young street vendors take a break in the traditional neighborhood of Santa Teresa during the 2019 Rio de Janeiro carnival in Brazil. Data from U.N. Women indicate that 60 percent of Latin American women work in the informal sector. Greater participation in technology can mitigate the poor working conditions faced by women. Credit: Fabiana Frayssinet/IPS

“However, current trends indicate that the digital divide is widening and that women are underrepresented in science, technology, engineering, mathematics and design,” she said.

Carvalho remarked that “this prevents them from influencing the development of gender-sensitive innovations that will achieve transformational benefits for society.”

In the case of APPs, the Feminist Digital Activism Foundation, in Argentina, cites another example of gender bias: dating networks, which do not see men and women as having the same right to full enjoyment of their sexuality, which leads many women to keep away from such networks.

Musnatta, for her part, recalled the case of the health APP of a renowned company that makes personal devices, which took into account male parameters of weight and height and was forced to include female charts.

“That’s why our focus in Chicas en Tecnología is that they learn to programme, to detect from their point of view society’s problems and generate technological solutions,” she said.

“Technology has that image of a black box as if it were something pure and neutral and it was actually programmed by people who had their faults, biases and past histories. It may have been programmed by a white man who lives in another country, with another culture,” added the specialist in educational technology.

Carvalho, for her part, stressed that ICTs are also a niche in which women need to participate, as it is a sector of the future, to improve their insertion in the world of work.

“Faced with a changing world of work and an unstable economic landscape, women need to confront it with the education, training, vocational and entrepreneurial skills required to achieve the same results as men and take advantage of new opportunities as they arise,” she said. 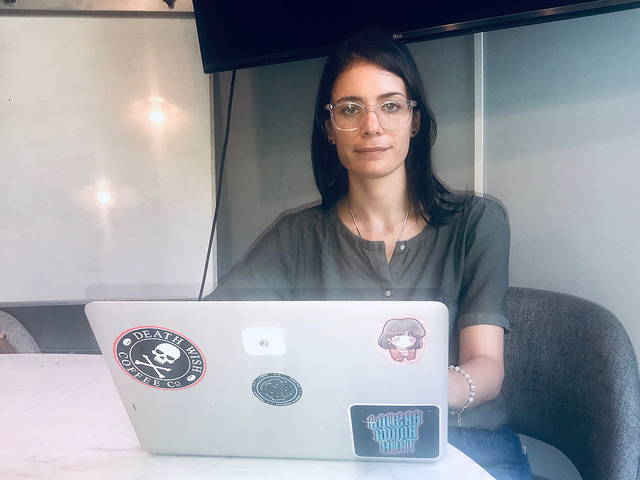 Melina Masnatta, co-founder and head of Chicas en Tecnología, an Argentine organisation that promotes the participation of teenage girls in technology, encouraging them to see it as an ally and helping them become developers of programmes and applications that have a positive impact on their communities. Credit: Fabiana Frayssinet/IPS

For U.N. Women’s regional director, projects like Brazil’s “City 50-50: All for Equality” contribute to these goals.

The initiative, aimed at achieving more egalitarian cities, proposes that through an online platform, candidates to local governments and city councils adhere to a minimum commitment to policies for the promotion of gender equality, and that their compliance be monitored if they are elected.

Chicas en Tecnología is also focused on moving in that direction. Its participants from all over the country have developed, as part of the Programming a Better Future project, 250 APPs for mobile devices, aimed at solving different problems in local communities, to generate a social impact through technology.

One of them, in a small town in Argentina, identifies problems in garbage collection on the streets and uses a system of prizes earned through points to encourage people to take photos and send them to the municipality to solve the problem together.

Another, created by 14-year-old girls, maps streets in their city where there is a risk of harassment, in turn linked to a panic button for women who feel threatened, to send out a real-time alarm signal.

According to Carvalho, technological training also contributes to improving the quality of jobs for women in Latin America, where 60 percent work in the informal sector and wages are 20 percent below those of men on average.

This is happening in a region where the rate of female participation in the labour force has grown to 49.7 percent, although it is still much lower than that of men, which is 74.6 percent, according to data from U.N. Women.

“Today technology is the new Rosetta stone (a multilingual stone slab that made it possible to decipher ancient Egyptian hieroglyphics). To understand technology is to understand how we are going to communicate,” Masnatta stressed.

“Before, to use technology you had to be able to read and write. Today you can be illiterate and send an audio message, and understand with just icons how to get somewhere. Today technology is literacy,” she said.

Another reason to train young women in the digital world is the large unmet global demand for jobs linked to these technologies.

“That’s why we believe it’s an area to be conquered, with very good competitive conditions for women,” she said. Besides the fact that digital know-how is necessary today in all careers, such as design, audiovisual production, architecture and journalism, she added.