RAMALLAH, Apr 29 2010 (IPS) - A convoy of boats laden with humanitarian goods and accompanied by hundreds of journalists, human rights activists and European parliamentarians, is due to challenge Israel’s naval blockade of Gaza at the end of May. 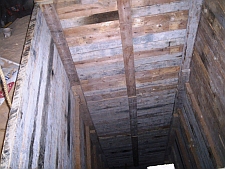 The Free Gaza movement’s ‘Freedom Flotilla’ will see three cargo ships and five passenger boats with about 600 people aboard attempting to deliver hundreds of tonnes of emergency aid to Gaza’s besieged civilian population of 1.5 million people.

The move will also attempt to focus international attention on Israel’s crippling blockade of Gaza and its collective punishment of the coastal territory.

However, while Israel will rightly bear the brunt of the negative publicity, the Jewish state’s siege would not have succeeded without international, regional and even some Palestinian support.

The collusion of fellow Muslim and Arab country Egypt, and the tacit approval of other regional regimes, is a particularly strong rallying point for the collective anger of the Arab street.

“Without the coordinated efforts of regional and international players in supporting Israel in its siege of Gaza it would have failed by now,” Ahmed Yousef, Hamas’ deputy foreign minister, told IPS.

Over a million Gazans have been reduced to living in a state of chronic poverty, unemployment, malnutrition and misery in one of the world’s most densely populated areas.

Gaza, 45 km long by 5-12 km wide, has been described as the world’s largest open-air prison.

During Israel’s military assault on the territory, codenamed Operation Cast Lead, from December 2008 to January 2009, civilians had nowhere to run and nowhere to hide in the hermetically sealed territory as the Israeli Air Force carried out extensive and indiscriminate sorties over residential areas.

Although Israel pulled out of Gaza in 2005, it continues to control the coastal territory’s borders, airspace, coastline, population registry, taxes, large buffer zones along the border, and most of its imports and exports and electricity and water supplies.

Cairo controls the Rafah entry to Egypt in the south of the Gaza Strip. This is predominantly a passenger terminal although some passage of goods has been permitted.

However, all other crossing points into the strip are controlled by the Israelis. These terminals are specifically designed for the passage of goods and produce into Gaza.

In 2005 an agreement between Israel, Egypt and the Palestinian Authority (PA) was signed.

The agreement outlined how European Union monitors and PA officials and security – all linked to Israeli surveillance equipment and cameras – would control Gaza’s side of the Rafah border crossing.

In January 2006 when Hamas won free and democratic elections, Israel started tightening its stranglehold on the coastal territory.

Following Hamas’ military coup in June 2007 Israel imposed a full blockade with the cooperation of the Egyptian authorities.

Even though Hamas now controls Gaza, before Gazans can leave the territory their movement has to be coordinated with the Egyptian authorities who in turn coordinate with the PA and the Israelis as to who may or may not leave.

While Egypt has permitted the entry of limited amounts of humanitarian goods it has forcibly prevented larger convoys as well as activists accompanying the convoys from entering Gaza.

Egypt has been blowing up many of the hundreds of smuggling tunnels that link Gaza with the Sinai and through which most of the necessary day-to-day goods, as well as arms, are smuggled.

Samir Awad, from Birzeit University near Ramallah, argues that the Egyptians, as recipients of one of the largest amounts of American foreign aid, are under enormous pressure from the U.S. to cooperate with the blockade.

“If Egypt doesn’t kowtow to Washington’s regional foreign policy they could lose their aid,” says Awad. “But the Egyptian authorities are also interested in keeping the region politically stable until President Hosni Mubarak’s son Gamal can take over as his successor.

“They believe pressuring Hamas to sign a reconciliation agreement, which they authored, with the PA is essential to stabilising the area,” Awad told IPS.

The Egyptians are afraid that a successful Islamic regime such as Hamas on their doorstep would provide succour to their own Muslim Brotherhood which poses a serious political threat to the regime of President Mubarak.

Being popular with their people has never been an issue with the Middle East’s dictatorial regimes where democracy and human rights are not priorities. They lost the popularity battle a long time ago.

Instead, they count on continued economic and military aid from the West, particularly the U.S., and political support from their elites who benefit from the mutual cronyism.

By controlling the media the Egyptian authorities have succeeded, to a certain degree, in persuading their public that the fault for the Gaza siege lies with Hamas and Israel exclusively.

“The Egyptians have their own agenda and what they are doing is coordinating their common interests with that of the Israelis,” Ma’oz told IPS.

“The PA might say publicly that it is against the collective suffering of Gaza’s civilians under the siege, but actually it is benefiting politically from the blockade as it hopes this will undermine our rule in their favour,” he told IPS.

Critics might further argue that Hamas bears some responsibility for the situation by not being more flexible in reaching an agreement with the PA as well as being unwilling to negotiate with Israel.

“Either way, there will be no progress on the lifting of the siege on Gaza until the Palestinian factions get their act together and overcome their differences. That is the essential first step,” Ma’oz told IPS.