WASHINGTON, Apr 5 2011 (IPS) - Though the World Health Organisation (WHO) has focused this year’s World Health Day Apr. 7 on prioritising the struggle against the global spread of antimicrobial resistance (AMR), scores of international researchers and scientists fear this decision is coming too late, with 2011 already shadowed by the failure of pharmaceutical antibiotics to curb the proliferation of diseases. 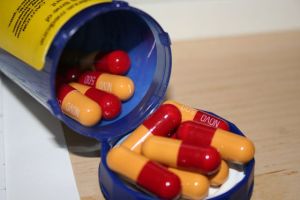 Drug-resistant tuberculosis has been reported in a staggering 64 countries to date. Credit: Wikimedia commons

AMR refers to resistance of a microorganism to an antimicrobial medicine to which it had previously been vulnerable. For several years, resistant organisms like bacteria, viruses and even some parasites have become increasingly able to withstand attacks by antimicrobial medicines, such as antibiotics, antivirals, and antimalarials, rendering standard treatments – which had hitherto been effective – totally obsolete and allowing infections to persist and spread to vast swathes of at-risk populations.

According to the WHO, “AMR is a consequence of the use, particularly the misuse, of antimicrobial medicines and develops when a microorganism mutates or acquires a resistance gene.”

While this is certainly not a groundbreaking discovery, the facts and figures emerging in 2011 are doubtless shocking, shedding light on an epidemic that most of the world is blissfully ignorant of.

In his seminal work, Buhner argues, "In the West we are trained to view all species as isolated units unconnected to the larger ecosystem within which they live or the larger system of the Earth itself – this perspective has been encoded in our present cultural epistemology [and] is a far from accurate view that has had tremendously negative impacts on the Earth and human ecosystems."

Buhner added, "DNA has long been assumed (and taught) to be somewhat like a fixed software program that determines organism shape and behavior; however, DNA is actually a highly flexible organ of the cell."

"Similarly, bacteria have been assumed to be unintelligent and virulent bringers of disease – hence the medical war on disease bacteria; the combination of these two beliefs, as many epidemiologists and researchers have shown, has been nothing short of disastrous."

According to Buhner's research, even Western scientists are slowly moving away from dependence on antibiotics. "This is because anytime a species of bacteria becomes exposed to an antibiotic, they immediately start generating solutions to deactivate that threat," Buhner told IPS. "Their learning curve was very slow at first - it took decades for any resistance to build up. Now the resistance dynamics are occurring in 6 months to a year," he added.

The picture is most bleak in the realm of HIV/AIDS where resistance to Western treatment of the disease is nothing short of a plague. Since the markets in Africa and Asia were flooded with unregulated, unmonitored antiretroviral medicines in the last decade, resistance has become widespread.

“Over six percent of all HIV patients worldwide are suffering with drug-resistant strains,” Pilar Ramón-Pardo, advisor on antimicrobial resistance and infection control at the Pan American Health Organization of the WHO, told IPS. “This has made treatment even more costly than before.”

In a little-known move, virtually every major pharmaceutical company indefinitely suspended antibiotic research last year, according to Stuart Levy, a professor of molecular biology and microbiology and director of the Center for Adaptation Genetics and Drug Resistance at Tufts University School of Medicine.

According to Stephen Buhner, author of over 15 books on nature, herbal medicine and indigenous cultures, there are currently no new antibiotics in the pipeline at all, with the last of the developing drugs slated to land on the market by 2012.

According to Buhner’s extensive study of primary research on the subject of drug-resistant bacteria, “In 10 years, bacteria will have become so adept at fighting antibiotics that nothing at all will be able to treat them.”

Buhner is not alone in his diagnosis of the severity of the situation. Brad Spellberg, associate professor of medicine at the David Geffen School of Medicine at UCLA, wrote in his book “Rising Plague: The Global Threat from Deadly Bacteria and Our Dwindling Arsenal to Fight Them”, “We’re losing our drugs of last resort.”

“Scores of countries in South America, Asia, Africa and parts of the Eastern Bloc are beginning to truly abandon pharmaceutical medicine as the primary healthcare frame for their cultures,” Buhner told IPS. “The research on the 10- year time span of antibiotic effectiveness is now indisputable – perhaps this is why the WHO is finally getting on board with knowledge that scientists have been coming out with for years.”

In its mammoth media campaign for 2011, the WHO has laid out a myriad reasons for the proliferation of AMR in the developing world, including incomprehensive plans and incoherent research; lack of engagement with consumers and community; ineffective surveillance systems and the irrational use of medicines, particularly in animal husbandry.

Although the WHO appears to have a myopic vision for the curtailment of this epidemic, some of its partners, like the Center for Disease Dynamics and Economic Policy (CDDEP), are attuned to its networks at the community level and are working to include local voices and experiences in the battle against AMR.

"The issue itself has been defined by rich countries, entirely around the issue of over-use," Hellen Gelband, associate director of CDDEP and study coordinator for the Global Antibiotic Resistance Partnership (GARP) project, told IPS. "We are working closely with four countries – India, Kenya, Vietnam and South Africa – that are obviously facing the exact opposite problem – one of scarcity rather than excess."

"GARP understands that economic growth does not necessarily mean a reduction in environmental pollution – a problem that has led to increased use of antibiotics and thus increases in AMR," she added.

"If you look at the example of Latin America – most of which is now considered middle- income – you see that increased incomes lead to increased use of drugs and thus more resistance," Gellbrand said. "This is human nature, to want to guard against diseases, especially for children."

"We need to work with local organisations to find long-term solutions to AMR that take into account over-use of medicine in the developed world and scarcity in the developing world, all the while acknowledging that short term solutions are also sorely needed," Gellbrand concluded.

Officials at the United Nations echoed this sentiment on the eve of World Health Day.

"As we work towards the vision of an AIDS-free generation, we have to ensure that antimicrobial resistance doesn't compromise hard-won gains in HIV treatment," Dr. Babatunde Osotimehin, the executive director of the United Nations Population Fund (UNFPA), told IPS.


However, although the WHO stresses the importance of working with ministers of health, government officials, pharmaceutical companies and even representatives of the press, it makes no mention of engaging members of indigenous groups or traditional, community-based healers in developing countries, a move that, in light of overwhelming scientific research, renders their plans virtually useless.

“A multitude of organisations around the world are finding alternatives in plants and herbs that work against resistant bacteria,” Buhner told IPS. “The Research Initiative on Traditional Antimalarial Methods (RITAM), a partnership between the Global Initiative for Traditional Systems at Oxford University and hundreds of researchers from over 30 countries, is making tremendous headway in this regard.”

“Action for Nature and Medicine (ANAMED) is a network that is distributing herbal and medicinal seeds to villages throughout Africa, putting age-old solutions back into the hands of local communities so they are no longer dependent on pharmaceuticals,” he added.

Even across the United States, a host of groups are attempting to bring communities back into the realm of ancient, herbal treatments.

According to Buhner, organisations like the United Plant Savers are protecting indigenous plant populations all across the U.S.; Horizon Herbs in Oregon is learning and teaching how to plant every medicinal herb they come across in order to maintain viable seed stocks for thousands of different botanicals; the Herb Research Foundation in Colorado has strong partnerships with local networks in Africa; and the International Herb Symposium, which meets twice a year, brings together indigenous healers from every continent on earth to facilitate a huge dissemination of cross cultural support.

Buhner’s latest book “Herbal Antibiotics: Natural Alternatives for Treating Drug Resistant Bacteria”, which is primed to come out this spring, itself serves as an exhaustive treatment manual for various diseases.

Even at the national level, international policy-makers are proclaiming radical solutions, far ahead of the paltry six- step action plan suggested by the WHO.

In Nigeria, researchers studying a plant called ‘Sida Acuta’ – a very invasive botanical that has proven to be efficacious in fighting resistant bacteria – said unequivocally that the plant would be “a beneficial addition to our entire national healthcare system”.

Buhner argued, “It is only the U.S., Europe and Canada that are trying to find constituents that they can patent as pharmaceuticals.”